Why you need breaks to learn the guitar better

Hey yo, I'm a self-taught experimental guitarist and consulting psychologist. PsyGuitar is about using psychology to improve guitar playing.

Started guitar at 10. Taught and played live for 10 years after school. Entered psychology. Combined the 2.

Home » Science » Why you need breaks to learn the guitar better 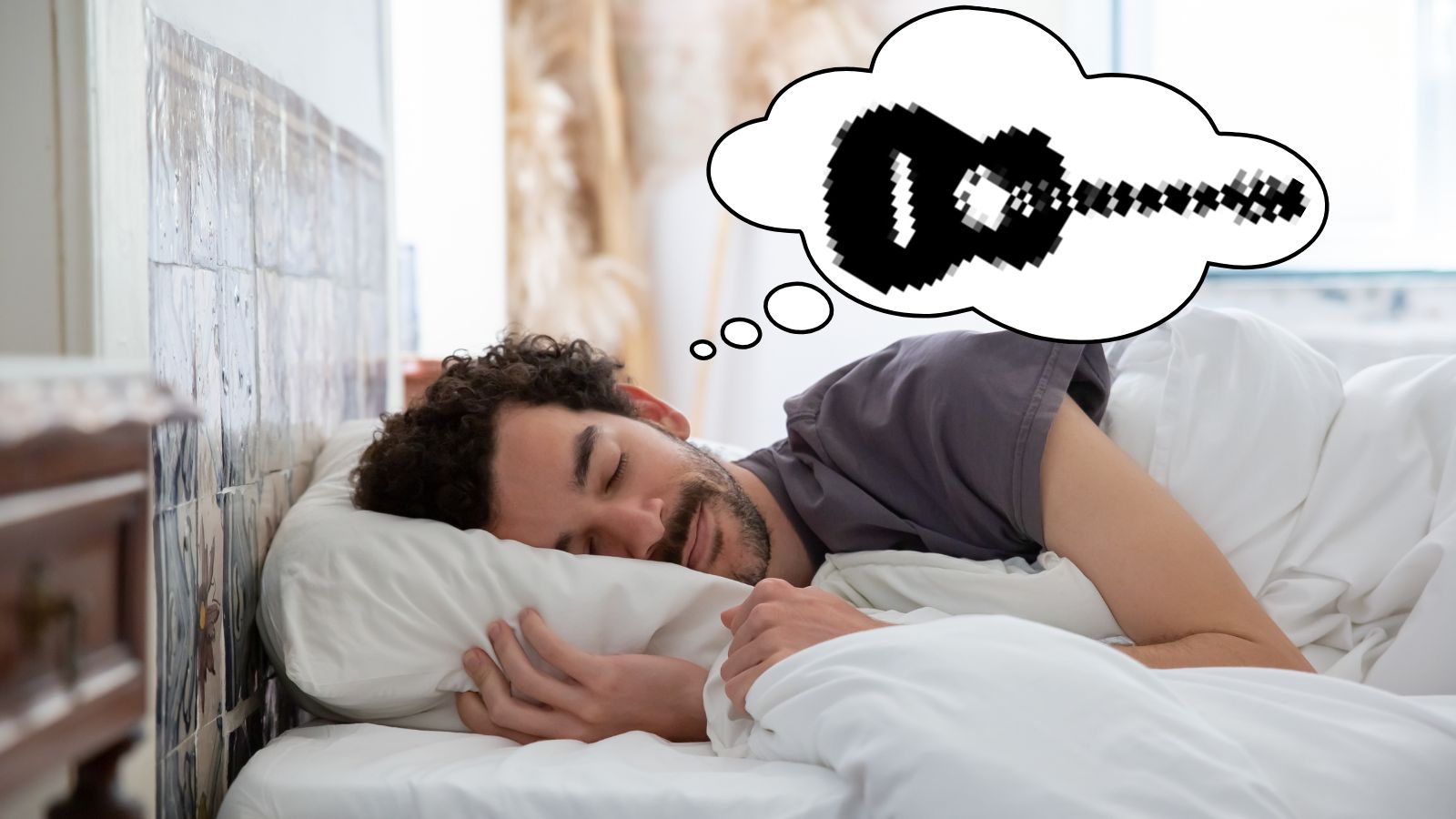 If you aren’t improving at playing the guitar, maybe you are not getting enough appropriate breaks. Here’s why you need them.

The brain needs breaks to consolidate learning. These breaks are defined as gaps between 2 focused practice sessions. When you start a practice session and rehearse it, that learning has to translate into stable neural firing patterns. Neurons will govern that finger movement. When you are learning, those neurons are firing chaotically, and then they stabilize through a bunch of processes. One such process is building a fatty layer on top of the “wire” part of a neuron called the axon. When the fatty deposit called Myelin covers the neuron, it communicates more efficiently to other neurons. Many such neurons then represent what you’ve learned. For this process to occur, the brain needs breaks and time. In fact, if you learn something and just keep playing it for 8 hours, 2 bad things will happen: Your muscles will get fatigued (they will fail to accurately guide movement, like twitching and flying fingers), and your brain will never know what exactly is the “learning state”. It’ll think that the neurons have to keep processing what you are doing instead of trying to stabilize them.

Most of this happens when you do something unrelated and non-interfering. For example, don’t start typing at 100BPM right after practicing scales up and down. Those movements could interfere with the neurons stabilizing mechanisms because the brain still thinks neurons associated with fingers are learning. You can carry on with your day and return to practice when sufficient time passes.

Ideally, practice something intensely for 10-15 minutes and then wait. Just wait and do something else. It takes about 10 minutes for the brain to stabilize new neural firing patterns. When they stabilize, your performance suddenly improves.

Then again, at the 30-minute mark, the brain’s chemical processes start transitioning memory from short-term to long-term. It is very hard to remember information during this transition. That means you are likely to see a performance dip. Some researchers think it occurs 30 minutes and 2 hours after learning. Then the memory becomes quite stable after 4 hours.

Now, how much of a break is enough? 5 minutes to 2.5 hours. Research shows it takes anywhere from a few minutes to days for neurons to stabilize into a memory pattern. Typically, a newly formed memory develops through new neural connections in the hippocampus – the memory center of the brain. Then those patterns fade out into an efficient, minimized circuit, and neurons from the cortex (the wrinkled part of the brain) trigger those when you want to play that part again. It takes a few days for the cortex to use neurons to trigger the hippocampal circuit in a consistent way. This means it’s going to take a few days for your brain to demonstrate the gains. However, you will see improvements within a few minutes as the neurons start stabilizing.

Looking at these biological trends in the brain, I recommend many short 5-10 minute practice sessions per day or 30-minute sessions with micro-breaks and then long breaks.

Sleep is another important break. During sleep, particularly deep sleep, the brain re-organizes learning and consolidates neural patterns. This means the fragile neural firing that started during practice becomes a stable firing pattern via deep sleep.

So if you have disturbed sleep, you are losing out on the brain’s natural learning capacity.

Breaks are also important because of stress. When we learn something new, the brain is consolidating a new memory. When we remember it, the brain reactivates that memory and puts it into a fragile, malleable state. Then, it has to undergo reconsolidation which re-stabilizes the memory again. When you update your past learning, you are essentially breaking a consolidated memory, adding new learning to it, and then reconsolidating it.

Your attention also needs to restore because the brain does get tired and lose its ability to focus. Restorative breaks come from any activity that is enjoyable, easy, non-demanding, and different from your focused work.

When you learn a small section and practice it for a while, let go of it because the brain will continue learning it even when you stop playing it. One interesting feature of the brain is “repetition priming.” When practicing some fine motor task – guitar playing – a few repetitions of a lick/sequence can start a self-sustained process of memory consolidation. But for this to occur, the brain has to undergo repetition priming – repeated exposure to stimuli (your playing). The more you hear yourself play, the more you fret or pick, the more you imagine how you sound like, the better it is because you are repeatedly priming your brain to process it… but only to a point. That means just a few reps of a lick can automatically signal your brain to keep learning even when you stop the repetitions. Extra repetitions of crude performance (not perfect performance) can add no extra value to learning because the learning process goes on automatically after you pause for a while.

Instead of over rehearsing to a point of diminishing returns, wait for the point of automatic escalating gains. Ideally, practice a lick for a few minutes and pause. Take a break. Rehearse a few times. And return to it much later. You’ll have kickstarted your repetition priming process.

This becomes more profound after a good sleep because that is when your brain really pins down that learning and makes it robust. Over practicing a lick can not only hamper repetition priming but can keep generating new signals, which can confuse the learning consolidation process.

In fact, if you forcefully keep playing, it may even interfere with your previous practice session and weaken the neural structures that represent it.

But speaking of overlearning, you should ideally overlearn or over-rehearse when you reach perfection. That safeguards your playing from immediate degradation. This means it might be ok to take dozens of breaks while learning (when you are sloppy) and then mindlessly repeat your skill when you finally play it perfectly.

There is a chance that your breaks are too long – days or weeks or years. If your learning isn’t repeated, the brain doesn’t put resources to consolidate it. Sometimes, it doesn’t even prioritize it. The brain loves to conserve energy and focus on the more meaningful, immediately relevant things.

Every learning starts to naturally decay if it isn’t repeated. What you learn today might fade into nothingness if you never repeat it. For example, a lot of facts we learn in school are forgotten because we never used them outside tests. Unless you “lock in” your learning through practice, it will fade. And to lock in, you have to repeat it in a critical window – immediately after learning.

The ideal progression of effective breaks follows an exponential curve – if you learn something right now, rehearse it right away, then a few minutes later, then a few hours later, then days later, then weeks later, and then you have it imprinted in your brain for years, in most cases.

Why blues is a great way to build jamming chemistry

Receive the latest articles in your inbox

Reach out to us

Want to partner with me or work with PsyGuitar.com?

Privacy Policy T&C + Disclaimers About
Manage Cookie Consent
We use technologies like cookies to store and/or access device information. We do this to improve browsing experience and to show personalized ads. Consenting to these technologies will allow us to process data such as browsing behavior or unique IDs on this site. Not consenting or withdrawing consent, may adversely affect certain features and functions.
Manage options Manage services Manage vendors Read more about these purposes
View preferences
{title} {title} {title}